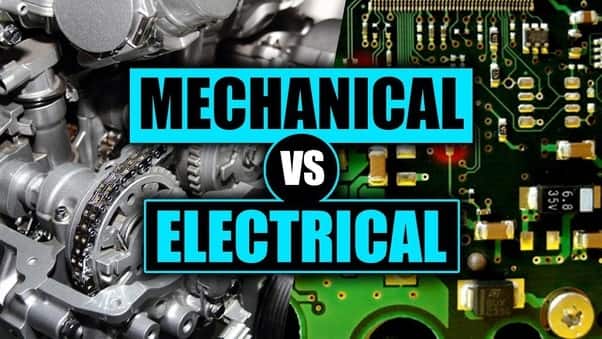 Why Could Mechanical Engineering Be A Great Career Path?

As you know, most people or students pursue their career in a specific path or direction after taking a look at two different things, first is their interest, and the second is the placement or job demands thankfully, if you are thinking of being a mechanical engineer then congrats because the demand for mechanical engineers is way higher than other branches worldwide.

There is no limitation with mechanical engineering; it’s because, after graduation, a mechanical engineering candidate can apply for a government job, or he/she can also go for the private section, that is also a great option. And if you get a placement in the government branch, you’ll definitely have a high salary job with government job security. Along with this, the candidate can also go for post graduation in foreign countries without any issue.

After graduation in mechanical engineering, you can have a wide range of choice to apply for the jobs. And if your major interest is being a project manager, you can definitely apply for it, a private and government, both sector opportunity. Your job role would be to handle a whole project related to machinery or tools development. And talking about a mechanical engineering project manager’s salary so that it could be anywhere around 8 lakh to 10 lakh Indian rupee.

In case you are thinking of further continuing your studies in the mechanical engineering field, you can definitely go for a master’s degree. And if you have a master’s degree or you are thinking of pursuing it, then you can definitely apply for the Senior Engineer job post. Talking about a senior engineer’s average salary, you can expect anywhere between 7 to 14 lakh rupees in both private or government sectors.

Not only this, but there are other job roles also you can take a look at, but we have talked about the most popular and high demand ones on our post.

Some people say that electrical engineering doesn’t have a nice scope or demand in the market right now. But that’s is not true, it also gives a great competition to the other high paying job roles. Indeed, it is a bit harder than mechanical engineering, as some people say. It is quite right from many perspectives, mostly because you can’t see what’s going on insider an electrical system as you can do with a mechanical system.

Why Could Electrical Engineering Be A Great Career Path?

Not only this, but the scope of electrical engineering is impressive in foreign countries. And if you are thinking of going abroad after graduation for a master’s degree in electrical engineering, then it is possible in a better way. And it can also be possible that you get a job in the foreign countries that pay you higher than you can get in your own country since it is also a very high-demand sector.

The System Analyst in electrical engineering is not like the computer science system analyst. In this job role, a person must have good knowledge about the electrical systems, and he/she must have the skills to optimize any system by tweaking it. Talking about a system analyst’s salary could be around 5 lakh to 7 lakh rupees.

Same as the system analyst, a system developer must know about the electrical systems. And he/she must have the essential skills to build an electrical system from scratch; therefore, multinational companies require people with these skills to grow their business. Talking about a system developer’s salary so that it could be anywhere between 4 lakh to 5 lakh rupees, and a person can expect a salary growth as per the experience level.

Besides the job, as mentioned earlier, roles or opportunities, you can also expect other job roles such as consultant, professor, or lecturer. But applying for the job role is completely depends upon the candidate’s interest.