Courses are frequently targeted at recent high school pass out students as a way for them to become more familiar with a particular subject matter. Some courses, on the other hand, are geared toward returning students as well as those looking to advance their careers. In most cases, courses can be completed in a few weeks to a couple of months.

When you take a journalism & mass communication curriculum, you could learn how to maintain concentration for extended durations, how to communicate effectively to large groups of people, and how to predict when a scenario might be newsworthy. These abilities can assist you in dealing with stress or other problems that arise in your everyday life.

You may be on your way to a journalism career if you complete this course. Your understanding of how to gather and present information to large groups of people will be useful in news organizations and government positions. If you want to concentrate on writing, you might be able to find work with a newspaper or internet news outlet. If you are willing to work in the video industry, you could consider positions as a journalist or as a member of a journalism support crew. 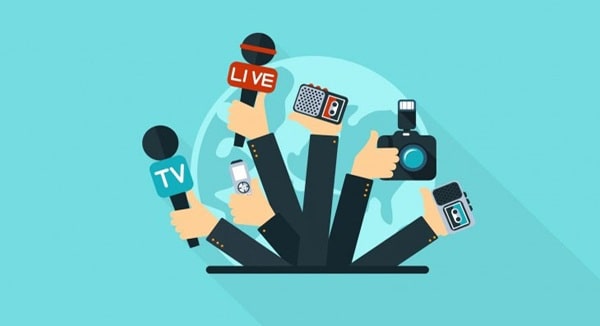 Even though physical newspapers are becoming less common in some nations, journalism continues to exist in a variety of forms and is taught in a variety of schools. By filling out the lead form, you will be able to contact the admission desk of the college of your choice directly.

The following eligibility requirements must be met by a prospective student to be considered for admission to the MA Mass Comm program:

In contrast to the complicated streams of engineering & medical, there is no “set formula” to follow to be successful in mass communication. To succeed as a mass media and communication professional, however, all that is required is a strong sense of passion, determination, and the appropriate skills. Take a look at the types of abilities and characteristics required to take up a job in mass communication:

The subjects that applicants study in mass media and communication are determined by the type of curriculum they are pursuing (undergraduate, postgraduate, degree, diploma, or certificate). However, the syllabus of any course that an applicant chooses to pursue includes both practical and theoretical experience in the internships form, field visits, seminars, and other opportunities to gain hands-on experience.

The following is the course syllabus for the two most popular mass media and communication programs – BJMC & MJMC – which are listed below:

There are numerous job opportunities related to mass communication. The following are the average salaries earned by professionals who work in this field every year: –

A career in Mass Communication

Mass communication opens the door to a plethora of job opportunities, the majority of which are practical jobs in the natural environment. The field of mass communication can be pursued by those who want to work in the real world and learn new skills.

The people who would like to act as a bridge between two very different subsets of people, which are sometimes referred to as the mirror of society, should consider pursuing a career in this field. Companies are actively seeking mass communicators to help them promote their products and services, making this a promising field to pursue as a career.

The following are the job roles of students who graduate from media and communication programs: –

Radio jockeys are people who work in radio stations. They perform songs and come up with new ideas to improve the radio station’s customer engagement by interacting with listeners.

Advertisers collaborate with marketing teams to draw attention to a company’s products and services, which is critically important for its success.

The work of a journalist is to publish about current events in his or her desired career for publications such as newspapers, magazines, news channels, and even blogs on the internet.

A photographer works with an organization, as a freelancer, or as the proprietor of his or her own company. Photographers take and edit professional-quality photographs with their cameras.

The journalism was first written, and it was through writing that the general public was made aware of what was going on. In every medium, from writings to newspaper articles to now reading news on your mobile phone, the fundamental job of a reporter is to gather information, assess it, create it, and present it in a way that is accessible to the general public.

To earn a Bachelor’s degree in mass communication, students must first know how to write for the press, then study media history, and then learn about the pattern, the flare, and how to create newsworthy content. You can go on to cover a variety of news beats, including politics, sports, entertainment, technology, and a variety of other topics.

Specifically, audio-visual content is made available to the general public through broadcast media channels. Students who major in journalism or mass communication can find work in the broadcast industry as interns or as employees of media outlets (TV & Radio). You could go on to become an anchor for a foremost media source in India, or you could travel the world and report live from different locations. Students who are interested in the technical aspects of the job can gain experience working with production as well as the camera.

What role do public relations play in the field of mass communication? It’s a fairly straightforward process. In addition to reporting news, one has to report for an organization and, as a result, is promoting the organization for which you work. Public relations are concerned with the development and promotion of a company’s brand image, as well as the preservation of the organization’s reputation.

A public relations campaign is focused on keeping a good impression in the eyes of the general public or the media. If you enjoy interacting and want to pursue a career in public relations, this is the position you should pursue.

If you’re wondering how an occasion is planned out, know that it takes months to plan and execute a successful event that results in a profitable outcome. Event Planning as a profession necessitates the ability to plan, create, and organize a variety of events. A gathering that could include anything from a campaign rally to a music festival to the hosting of a college festival In an event management company, individuals specialize in various aspects of the event management industry, from logistics to creation to handling expenditures and accounts to promoting the event itself.

The primary goal of organizing an event, on the other hand, is to promote a product and attract the appropriate target audience. The following are examples of the events that are hosted:

Advertising is a form of expression. A creative, eye-catching, and interesting piece of art is required for it to stand out from the crowd. Advertising is a method of communicating with consumers about a product and service through the use of paid promotions from customers. Advertising is always prevalent, whether it is paid or not paid to advertise.

Advertisements can be found everywhere, whether on television, radio, in newspapers, on billboards, or the internet. Nowadays, an advertisement appears before one can even begin watching a YouTube video. There are numerous advertising agencies that design, develop, and promote the concept that a client desires.