You have seen those young, nicely dressed young men running around the VIP persons during the conferences, election rallies, public meetings, etc. Most of these young men dressed in safari or in a suit, follow the important persons like ministers, governors, businessmen by keeping some distance. Most of the guys are in a group and they look active and alert all the time.

These are the well-trained commandos, who are trained to protect VIPs from any attack or dangers. Normally they are in a group of 4 to 5 people, always attentive and each one does his duties as assigned. Most of these commandos are armed and they can easily manage any attack or assault on the VIP. They are even ready to sacrifice their lives for sake of their duties. The black cat commandos are specialized to avert terrorism activities by taking control of the situation.

What is NSG Commando?

Black cat commandos is a special task force that is rigorously trained, well equipped, and considered the most powerful military unit of India. A black cat commando is a badass unit that can handle any difficult operation and manage any hazardous situation without wasting much sweat. The brave commandos of the National Security Guard are a fearless group of people who are ready to die for the country. The Ministry of Home Affairs has created the National Security Guard (NSG) in 1984, to safeguard the nation against anti-national activities and to counter the increasing terrorism. The need for NSG was because of the inner disturbance that the country was facing. 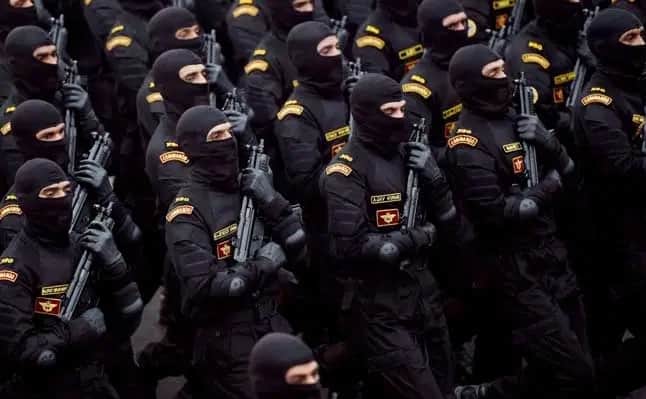 NSG is a specialized group created as a Federal Contingency Deployment Force. It has dutiful professionals trained to tackle terrorism in all forms under exceptional situations. NSG is not intended to take over the tasks and duties of the police force or military. It can act against terrorism on the land, sea, or in the water. It can deal with hijacks, bomb blasts, and hostage-rescue operations.

How to become an NSG commando?

Being a black cat commando is an inspiring job. It is a dream of most of the youths to become a black cat commando. But to become a NSG commando is one of the crucial tasks. The toughest soldiers of the army are made to go through the toughest selection processes. The NSG men are tested against the hardest and the most complex situations and have to pass through the trickiest tests.

The most basic requirement to join NSG is to become a soldier. To join Army, you have to pass the 10th class examination successfully. You should attend the soldier selection and get successfully selected in the Indian Army. The person having physical and mental abilities will get a chance to attend the rigorous commando training. The commando training is divided into several stages and having tests and examinations.

National Security Guard (NSG) had come into existence in the year 1984 when the need for higher security arrangements was required to offer protection to the Prime Minister & other important people. NSG force was assigned the special duties of taking care of the country against the rising issues relating to terrorism & anti-national activities.

The Indian commando training is a very comprehensible and wide-ranging training program. It is planned by the military and security experts, in order to face the increasing security concern and to offer the solutions based on professional manpower with the help of the latest technology. The training includes various lessons that can help in stretching the capabilities of the person and to enhance the level of confidence higher. The entire training session is based on theoretical methods and practical experiments. Various competent and intuitive tools of teaching will certainly make the 90 days of the commando training program the most effective.

The selected soldiers have to undergo extremely arduous training. The training period is of 90 days and the candidates have to prove their caliber while facing various forms of tasks & workouts. Also, the candidates should pass the test he faces only then he is eligible for the final selection.

It has been seen that around 20% of the candidates undergoing the training and the tests get selected for the next level. Around 80% of the soldiers are sent back to the various departments of the army. The rigorous training is meant to assess the soldiers for their capability, understanding, and alertness of the mind. Most of the training sessions are planned to analyze the candidates for mental, physical, and moral abilities. Also, these tests are used to find the leadership skills, attentiveness, team spirit, and nationalism among the candidates. The candidates have to appear for all the examinations and need to have a good score only to get selected for the higher level.

Once the soldiers complete the three months of laborious training, only 15% of candidates will remain in the race. The training program is mainly planned by taking into account the various kinds of tasks such as facing the toughest situations without losing patience and confidence, keeping the mind alert and body active even during stressful conditions. But it is also seen that most of the candidates are willing to face the toughest tests and wanting to prove themselves.

3 months of training certainly helps the candidates to test their nerves and to make them fit while facing the strenuous training program. For most young people, the challenges that they face make them even stronger and they help themselves to cross all boundaries to fulfill their dream of becoming a commando cat.

The final round of training:

Once the candidates complete the 90 days of training then the final round begins. This round enhances the physical and mental capabilities of a person. It helps the candidates to get trained in the Counter-Terrorist Conditioning course, Battle Assault Obstruction Course, and the psychological test. But these courses and the test allow the candidates with a score of 40% to improve the score to 90%. It is certainly beneficial for the candidates who have the higher capacity and willing to devote their time, energy, and skills.

The commandos get paid, depending on their experience and performance. The salary of the commandos starts from Rs.84 K to 2.3 Lac. The commandos also get bonuses, commission, and profit-sharing payments too.

NSG commandos are considered as one of the top 5 Special Forces among many developed countries in the world. The commandos wear black uniforms and the logo of a black cat is printed on it. The black cat commandos as they are called are the highly-skilled, most sophisticated, fearless men that India is proud of.