The Assam Rifles are India’s oldest paramilitary unit. In the year 1835, it gets established. It serves as an internal security guard under the direction of India’s Ministry of Home Affairs. In the event of an emergency, it also takes part in border security activities. There will be 46 battalions in total, with a total of 63,747 personnel. Assam Rifles’ current general is Lt Gen Sukhdeep Sangwan.

What makes it different from others?

It is the only paramilitary organization with two levels of command. The MHA has administrative control over the unit, but the Indian Army is under the Ministry of Defence, has operational control. That means that the MHA provides the force’s wages and facilities, but the Army decides on personnel deployment, posting, transfer, and resignation. Officers from the Army staff all of the higher positions, from DG to IG and sector headquarters. The Lieutenant-General of the Indian Army is in charge of the military.

In a true sense, the force is the sole central paramilitary force (CPMF), as its operational roles and regimentation are similar to the Indian Army’s. However, the MHA’s guidelines for CAPFs regulate its recruitment, bonuses, personnel promotion, and retirement policies. 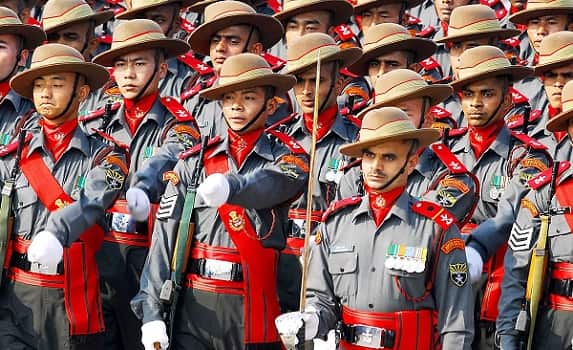 It has prompted two sets of requests for one power control by one ministry.A portion wants to be under the administrative supervision of the MoD since it would imply better bonuses and retirement benefits that are far superior to CAPFs under MHA. Army personnel retires at the age of 35, whereas the CAPF retirement age is 60.

CAPF officers have also lately been granted non-functional financial up-gradation (NFU) to at least financially address the issue of career stagnation due to a lack of promotion opportunities. Army troops, on the other hand, are eligible for a one-rank-one-pension, while CAPFs are not.

Why do the MHA and the MoD both desire complete control?

MHA claims that all border guarding units are under its operational authority, and the Assam Rifles under its command will provide a more comprehensive and integrated approach to border guards. According to MHA insiders, the Assam Rifles are still operating on the 1960s model, and the ministry wants the Indo-Myanmar border to get guarded in the same way as other CAPFs.

The Army, on the other hand, has argued that fixing what get not broken is unnecessary. According to Army sources, the Assam Rifles have worked well with the Army and have relieved the armed forces of many responsibilities, allowing them to concentrate on their core competencies. It has get argued that handing over control to MHA or merging it with any other CAPF will cause confusion and jeopardize national security.

What role did the Assam Rifles play in the war?

The Assam Rifles are the oldest paramilitary organization in British India, get founded in 1835 with only 750 men. Since then, it has fought in two World Wars, the Sino-Indian War of 1962, and has to get utilized as an anti-insurgency force in the North East.

The group gets originally named Cachar Levy, and it was formed as a militia to safeguard British tea farms and villages from incursions by NE tribes. It gets renamed Assam Frontier Force as its mission gets broadened to include punitive operations outside of Assam’s borders.

It earned the nickname “right arm of the civil and left arm of the military” for its role in opening the region to administration and commerce.

Existing elements amalgamated in 1870 to form the Lushai Hills, Lakhimpur, and Naga Hills Military Police Battalions of Assam. The Darrang Battalion was formed shortly before World War I broke out. Because reservists were difficult to summon on short notice, and the Gurkha Battalions soldiers were on leave in Nepal, the Assam Military Police charged with filling in.

This unit dispatched more than 3,000 men into Europe and the Middle East as part of the British Army. In 1917, the name was changed to Assam Rifles, acknowledging their work during the First World War, which fought shoulder to shoulder with the Regiments of the regular British Army.

Assam Rifles has issued an online job announcement for 131 Rifleman/Riflewoman openings. Interested candidates who meet all of the requirements for this position should apply before the deadline. The candidates’ educational qualifications must be at least a tenth-grade level. Below is a thorough description of the eligibility and selection process.

The following are the requirements set down by the authorities for candidates to apply for this position:

The recruitment process for the Assam Rifles is as follows:

Candidates will get chosen at their own risk and expense through a Physical Standard Test (PST), Field Trials in their respective sports, and a Medical Exam. The government or the Assam Rifles will not pay any injuries, including fatalities, caused by the test during the relevant rally and transportation.Candidates who pass the initial verification and documentation will only be allowed to take the Physical Standard Test and Field Trial.

When applying for the Assam Rifles Recruitment, candidates must have the following documents. When asked, these documents must get presented to officials as scanned and self-attested copies.

When Assam rifles publish the hall ticket on its official website, you will receive an email and a text message notification. You should print the admission card from the official website and attach a passport-size photograph to it. At the time of the written exam, you must produce your admit card.