Android and iOS are two of the most popular smartphone operating systems. The popularity of Android is higher due to the licensing with every smartphone manufacturer except Apple. Android might seem like new technology but it is pretty old and has been in use since 2008. Being an app developer might be fascinating but working on Android firmware is way more impressive. An Android developer works on apps, firmware, security, and several other aspects.

If you want to make a career in Android Development then it is the right time. The Android Market is one of the leading and widely popular markets among other operating systems. The scope is rising due to the demand for an app developer in every IT company. Most companies want their Android app listed on Google Play Store so that the traffic on the website increases. With the rise in demand, the salary is also increasing in this particular sector.

Most Android Developers are getting hefty paychecks and if you want to get the same, then you have to start a little before college. Right after completing your 10+2 studies, you have to make a decision based on the stream in 11th and 12th standard. To make things easier, we listed all the important things like Eligibility to become an Android developer, top courses, top colleges, scope, salary, career options, and more in this guidepost. 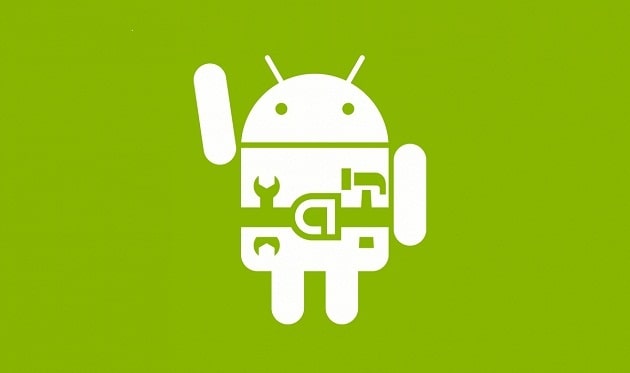 To become an Android developer, you can consider below mentioned courses after completion of your 10+2 studies.

These are a few of the popular courses that can help you become an Android developer. However, we are mentioning a few of the advanced courses to get an excellent paying job in India.

Most Android development courses are possible to pursue without even having a degree but if you want to work in a reputed company then it would be great to get degrees. You can do B. Tech, as well as M. Tech, in Computer Science Engineering. Or, you can opt for a course. The minimum requirements are –

The Android development course varies with the type of degree you are looking after. However, the syllabus in the full course is as follow –

Above mentioned are all the subjects you would have to read while pursuing android development course.

Benefit of Being an Android Developer

Android developer gets a range of benefits when it comes to working professionally. From start-up to working in a reputed company, the key benefits are –

The market for Android developers is expanding and more companies being a part of it. Google developed the basic firmware and developers can use it to create whatever they want. On the other hand, creating an app and uploading on the play store can get you excellent earning as if you have created something useful to people.

The returns of being an Android developer are higher. You can learn to develop Android apps and start working in this field. The primary thing is, it doesn’t matter if you work as a freelancer or in a team, you will get higher returns. The salary package of an Android developer is excellent.

You can notice that most people use Android smartphones and the market keeps on expanding. The adoption of Android smartphones in the past few years increased the demand for Android apps. The audience plays an important role. If the audience is increasing, the demand for apps will rise and it is currently happening right now. Even if you consider the market share of android over iOS then it is easy to figure out.

Securing a job as an Android developer is easy. Every IT company needs a developer and to be precise, an Android developer. The key reason behind this thing is, most people might not use your website to buy products or services but if they have your app, they will keep using it. Exposure to an app is better.

Being open-source, Android is free to work with. You need some app development skills and then you can publish your apps. The effort in developing an app might be phenomenal but the returns from this open-source portal are higher than any other platform like iOS or iPad OS.

Why opt for Android Development Course?

Android is an open-source platform and it is free to use. No doubt that open source platforms are widely popular and they provide growth as well as impressive job fields. If you become an Android developer, you can choose between a wide number of courses and job profiles. The demand is high and it can make you achieve the goal also.

Interested candidates can consider taking admission in a government run institution for lower fees and better scope. But, if you want to go with a private institution and get rid of cut-off and other stuff then these are some of the popular institutes that can come in handy. These institutes offer Android development course –

Students who have a keen interest in learning Android app development can go with popular institutions and universities.

According to the reports, the information technology sector is on the rise and it became a trillion dollar industry in the past several years. Anyone with a good knowledge of software development, app development, or coding can expect impressive salary packages. The salary package varies based on the job profile you choose but if you want to get the best one, then it would be a great choice to work as an app developer or security head.

With the ever-expanding market, India has some of the best Android development companies. Below mentioned are the top five companies that are developing some of the best apps and they have hired numerous developers in the past. If you want to get recruited at a popular company, then these are a few of the best ones to check out –

When you select any of the company from the mentioned list, you can expect better growth, impressive salary packages, excellent portfolio and an environment to learn new stuff.

Top 10 Qualities of an Android Developer

An Android app developer has several skills but an excellent developer come across a vast number of traits. They have skills like –

With these skills and better testimonials, a genuine Android developer would get more demand over the other ones. The key thing about being an Android developer is, you have to work with punctuality, and meeting the client’s desire is also essential.

Android developers pay close attention to smooth animation, effective working, and no bugs in the interface to enhance user experience. If you are willing to work in this field, you need plenty of knowledge about cross-platform development as well as several programming languages to get started. Once you begin studying app development course and get recruited at a reputed company, it would be a great choice to focus on gaining experience over salary factor in the first year of working.