This time, we have inculcated our understanding of the entirety of software engineering along with computer science to help you decide for yourself. This decision is essential as you set to get introduced to the tech industry and build everything you desire.

As there are many things to clear, we have included different sections in our work. Let us discuss what we have lined-up below – 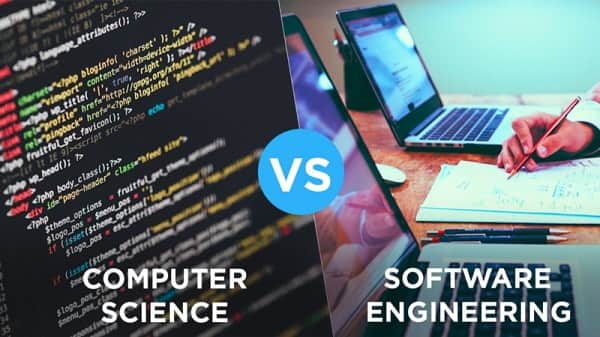 Another critical difference between computer science and software engineering is noticed when you look at the career paths you will get to pursue as you move on with your studies. When it is the Information Technology sector, the sector is mostly focused on by people who have followed computer science. On the other hand, those who choose software engineering gets specified and specialized jobs in companies, corporations, and even businesses where they help develop software programs and build applications. Computer scientists also help in computer programming when it comes to web designing.

Other than that, software engineers also have to complete various design requirements. They are also given specific program requirements as they go along working in the design. Furthermore, a computer engineer works with mathematical calculations and computer languages to make decisions regarding the program’s design. They will hence be applying the theoretical knowledge as they take those decisions.

Computer science mainly focuses on calculating and computing the best possible ways in which software could be programmed. They then move on to finding calculations that will help the engineers and the developers as they move on to build the software programs that will meet all the product requirements. This creates an outline that the engineers use in order to optimize their tasks in work in a smooth manner. Therefore, software engineers use the analysis and the outlines formed by computer scientists, which aids in the entire development of the new frameworks as well as the software programs. You must already deduce how the work done by computer scientists is what software engineers use as a precursor to finishing the task optimally.

Common Tasks in the job

Typically, anyone who is a computer scientist will focus on finishing the job related to monitoring, analyzing, and developing computer applications. They usually work for a software firm, but you can also see them independently working as they contract with many different companies. Additionally, computer scientists are usually responsible for maintaining the security networks of the company and the data system on which the company relies. A software might work for similar types of companies and organizations, but his/her role will be in building and designing specific software programs that their organization may need in order to function and run in a better way.

Which Major is Better for you out of Computer Science and Software Engineering?

Anyone who wishes to become a software engineer should be a candidate who has the ability to write code that is solid and perform the best. The candidate should also focus on developing skills that will help build some of the most exciting and reliable projects. They should have their fundamentals regarding computer science clear, which will include algorithms and data structure. This is because software engineers will have to bring out the practical nature of computer science. As you spend time working and practicing on the computer, you will indeed be developing these skills.

On the other hand, a major in computer science is suitable for someone who is interested in theories that revolve around the working of software of computers. These theories and algorithms need to be extensively studied in order to create frameworks that can be perfected in the later stages of the development of the programs. Most people choose computer science as they have developed a keen interest in working in the IT industry. The job profile of a computer scientist will require you to understand the computer software well so that you could solve security problems that might happen in the computer systems of your organization.

You will have to examine your interests extensively in order to know whether you wish to pursue computer science of software engineering. For this, you will have to develop a deep and intricate understanding of the working of computer software and hardware. If you wish to run those programs and come towards optimized solutions, then you should think of choosing computer science. But for people who want to have hands-on experience in their job field, we suggest you select software engineering. Software engineering will allow you the opportunities to work with the elements of theories as you head to build new designs and tools for better working.

Not many people wish to be on lab benches and do all the practical tasks needed in the development of software, though. Hence, they would be more interested in applying their theoretical knowledge regarding every facet of software and the overall computational theory and get done with the precursor framework of computer programs. These people wish to opt for computer science. Other than that, computer science helps you focus on a wide range of computational sectors of the tech industry. Under it, you will get to have many sub-sectors. On the other hand, software engineering is more focused on software only as it is itself a sub-sector. By choosing software engineering, you will have to work under many supervisors, which will monitor your work regarding the specifications that have been assigned to you for a project.

Computer science and software engineering are two fields that will help you build a career that many people only wish for. It is the bright minds only that survive for long in the tech industry. Most people, after pursuing such courses, also start their own tech start-up and work on building applications that bring out the best and help everyone have a more effortless and better life. While you can choose easily between the two, if you love the field of computers, you should clearly focus on the major that you have fallen in love with. Many people know where they will wish to be in the long term. As you choose between the two majors, you can surely think about such things.