Prime Minister Jawaharlal Nehru once quoted, “To be secure on Land, we must be Supreme at Sea”. The quote’s meaning was that India has an extensive coastal line, and it certainly faces a threat on the coastal line. For the people to feel secure in India, it is crucial to have a strong navy. In actuality, the length of the coastline of India is 7500 km of coastline. The EEZ area is over 2 million sq km. in such a case, the coastal line becomes an important asset to protect.

It comes as no surprise that 97% of Indian trade is carried out via sea route. The Indian Navy protects all the vital assets, and it monitors the coastline all around the year. The Navy is responsible for monitoring and protecting the people from threat, but the Navy has also safeguarded the citizens in case of natural disasters. The institute played a pivotal role during the tsunami, cyclones, floods and various other natural disasters. The Navy carries out relief operations with high efficiency levels, which is required when you are on duty to save lives.

The role of a navy officer is undoubtedly very fascinating, and we are sure that you would also love to work as a navy officer. It is a good career option, and you can choose the trade. It offers respect and satisfaction that you can only gain after serving the country. In this article, we have shared information about the career of a navy officer, and we have covered a detailed selection process as well. Go ahead and check out the information now. 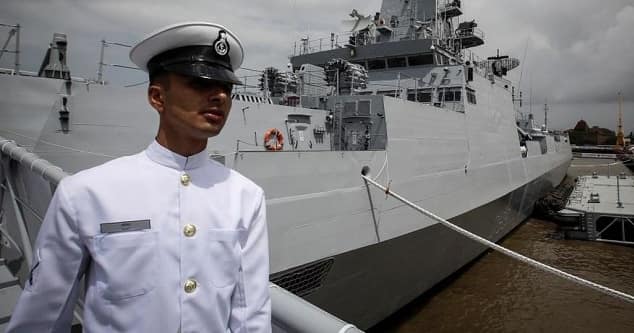 We know you are interested in joining the Indian Navy as Navy Officer but do you know that there are multiple fields in this trade? In this section, we have listed some details about the fields available for Indian Navy Officers.

Also Read: How To Join The Indian Navy For girls

In this section, we have listed the eligibility criteria associated with the Navy. Check out the details below.

Selection of a Navy Officer

You have read about the way of entrance, now check about the exams and other such details. You need to clear the exam, physical health check and personal interaction to work as Navy Officer.

You should note that the SSB Test happens in two stages. During the first stage, intelligence and perception are tested. The second stage is a psychological test along with the group discussion and interview.

For the navy officers, the training centre is the Indian Naval Academy. It is located in Ezhimala in Kannur. Kannur is located in Kerala, and it touches the Arabian Sea. The training for officers is held in this academy, and this training facility is enormous. The training is formulated in such a way that the officer is moulded and given the right skillsets as well as attitude. The training helps in developing mental alertness, physical strength, good moral and technical awareness. The officers are taught to be creative, and they are made resourceful when they are working for the Indian Navy.

Pay Scale of a Navy Officer

No matter what job you do, the pay scale would remain to be necessary. After all, you need to pay your bills. In the table below, we have listed the pay scale of the navy officers. The scale would depend on your level, so go ahead and check out the information now.

Major Allowance for a Navy Officer

Apart from the pay, you also get many allowances when you are serving the country as a navy officer. In the table below, you can check out the different allowance that you will be getting.

Benefits of Becoming a Navy Officer

There are also many benefits associated with serving as a navy officer. In this section, we have highlighted some of those benefits. Looking at this benefit will help you in understanding how rewarding the role of a navy officer is. Check out the details below.

This was all about becoming a navy officer in India. You can go through the details of the selection procedure and choose the path according to your level. You can also visit the Indian Navy website to learn more about the different aspects of becoming a navy officer. It has detailed medical & physical standards along with the details of the benefits that you will get for serving the country as a navy officer. If you need any other information, you can also leave a comment below, and we will try to get back to you as soon as possible.